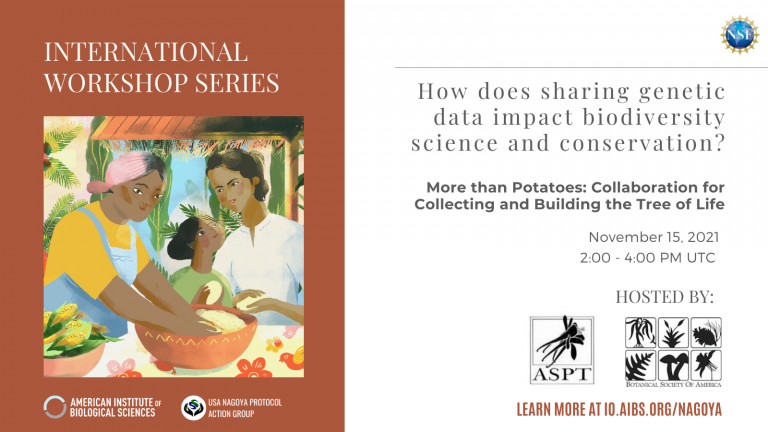 More than Potatoes: Collecting and Building the Tree of Life

Leandro and Sandy have collaborated for over a decade to understand the evolution and diversity of the nightshade family (Solanaceae). Join them in a conversation about what it takes to make collections and phylogenetic studies have the greatest societal impacts.

I am licensed in Ciências Biológicas at Universidade Federal de Minas Gerais (2007) with a master's (2010) and a PhD (2015) in Botany from the same University; I completed an internship (2012-2013) at University of Utah (Salt Lake City, UT, USA) as part of my PhD. Currently I am an Adjunct Professor at Universidade Federal do Oeste do Pará, in Santarém, PA, Brazil where I am part of a Biodiversity graduate course that I helped creating and act as vice-curator and data manager of HSTM Herbarium. I am also a permanent professor at the Botany graduate course at Instituto Nacional de Pesquisas da Amazônia. I have experience in Botany, with emphasis in Plant Systematics and Taxonomy. Currently my main research interests are i) phylogenomics, evolutionary biogeography and taxonomy of flowering plants, with special attention to the nightshade family (Solanaceae) and ii) floristics and long-term monitoring of the Amazonian flora, in which I coordinate or colaborate on funded projects. I am also interested in outreach initiatives and scientific literacy and disclosure.

I am a specialist on the taxonomy of the nightshade family, Solanaceae, and have spent much time in the field in Central and South America collecting plants. My particular focus of research is the taxonomy of the nightshade family Solanaceae, focusing on the megadiverse genus Solanum, which contains potatoes, tomatoes and eggplants and is one of only a handful of flowering plant genera with more than 1000 species, and more recently the peppers (Capsicum) and their poorly known close relatives in the genus Lycianthes. I have described more than 75 new species of plants, mostly in Solanum and from the New World tropics. I came to the Natural History Museum in 1992 to manage the international project Flora Mesoamericana - a synoptic inventory of the approximately 18,000 species of plants of southern Mexico and the isthmus of Central America.

My current projects include: 1) A world-wide taxonomic monograph of some 1500 species of Solanum and a similar global monographic treatment of Capsicum and Lycianthes, 2) Flora Mesoamericana, 3) Collaborative research in phylogenetics and genomic evolution of Solanaceae, 4) Research into the domestication of Solanaceae crops such as eggplants in China and "African supervegetables", 5) Conservation and biodiversity monitoring projects. My work depends upon seeing plants in their native habitats and I have been fortunate enough to have visited many countries and worked with many colleagues overseas.

Dr. Rebecca Adler Miserendino is a public health and environmental scientist with over a decade of professional experience in both academic research and international policy. As the leader of both the environment and international teams at Lewis-Burke, Rebecca advises scientific society and university clients to: (1) understand the impact of international policy issues on scientific research; (2) identify international and domestic budget and policy trends; (3) develop strategies to take advantage of emerging opportunities relevant to both scientific research and sustainable development. In this role, she has been active member of the USA Nagoya Protocol Action Group on behalf of her clients. From 2013 to 2020, Rebecca served as a Senior Adviser, Foreign Affairs Officer, and Physical Scientist at the U.S. Department of State (DOS) in the Bureau of Oceans and International Environmental and Scientific Affairs. In this capacity, she negotiated on behalf of the United States and advised senior U.S. officials on a variety of crosscutting matters to advance U.S. global environment, climate, and health priorities.

View the recording of the workshop.